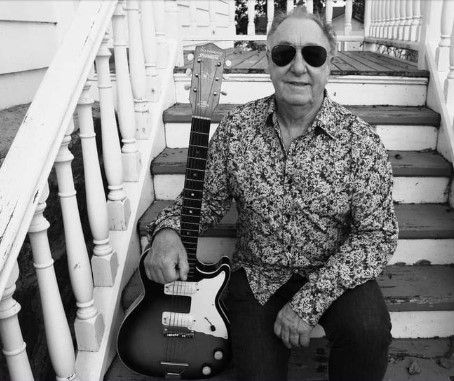 New Zealand’s legendary music icon Midge Marsden needs no introduction… Midge’s career spans five decades, and during that time he has played thousands of concerts in New Zealand and introduced several generations of Kiwi’s to the Rhythm & Blues.

An early career change and passion for R & B and roots music led a sixteen-year-old Midge to join the 1960’s band ‘Bari and the Breakaways’.

At the end of the 60’s Midge joined the NZBC working in radio, however music performance pulled him in again with the Wellington cult band ‘The Country Flyers’; followed by several years in Australia with ‘The Phil Manning Band’.

Midge’s career highlight was the ‘Gold’ selling album ‘Burning Rain’ in 1990 and being made a member of the New Zealand ‘Order of Merit’ for services to music in 2006.

Midge Marsden is the ultimate act when it comes to a dynamic show of Rhythm & Blues. Midge continues to tour throughout the country with the ‘ Midge Marsden Band’ accompanied by Chet O’Connell, Neil Hannan, Liam Ryan and Johnny Scott 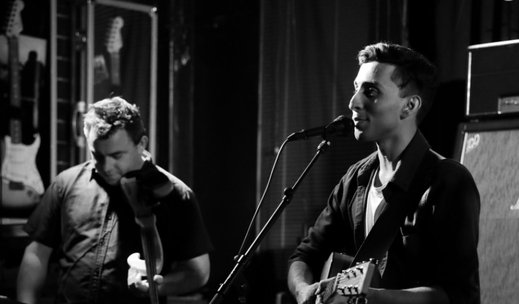 The Trail Benders are an exciting, new, NZ based country band with an authentic country sound with a great blend of tight harmonies, country twang and versatile musicianship. With already a number of sold out shows around New Zealand, The Trail Benders are quickly taking the NZ country music scene by force!

Lead by frontman and lead vocalist, Keith Pereira.
Keith is a country singer, songwriter and guitarist making a mark on the NZ country music scene.
Keith’s rich country voice and high energy performances with his band, The Trail Benders blend a uniquely 90’s country sound with a modern twist. His love for country music started very young as he listened to a country music radio show hosted by his uncle in the Middle East.

Keith’s music is influenced by his country music idols including Alan Jackson, Brad Paisley, Vince Gill and The Eagles.

In the space of three short years,Keith has won awards at all the major country music competitions including the NZ Gold Guitars. Keith has also represented NZ at the Trans-Tasman Entertainer of the Year competition on Norfolk Island where he was runner-up and also presented the most promising artist award.

Since the start of 2018, Keith has quickly made a name for himself on the NZ country music scene, performing all over NZ in all major cities and also at NZ’s largest country music festival: Top Paddock Music Festival.

His solo performances and collaborations with notable country singers on his YouTube channel have also drawn international attention being invited to perform: to a sold out concert in Vancouver (Canada); in Calgary (Canada); at a festival in Toronto (Canada); and in Mumbai (India) sharing the stage with the Gipsy Kings.

The Trail Benders include some of NZ country music’s brightest talents.

On lead guitar is Dan Cosgrove– a well-established singer and one of NZ’s top country guitarists. Dan brings a fresh yet lively sound with a characteristic country twang, quite often described as “guitar-driven country rock”.
Nick Jonesis the band’s fiddle and keys player. A Jazz school graduate, classically trained on the piano and violin, Nick’s exceptional ability on the fiddle is a rarity on the NZ country music scene and adds a unique sound to The Trail Benders.
Karl Pereira(bass guitarist and singer), at just 23 years of age, already has more than 10 years of experience as a bass guitarist with an established covers band.
On drums, isJordan Tannen–a jazz trained drummer who has also spent some time with Universal Music Publishing Group as a composer and producer.